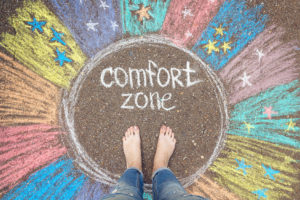 There’s a well-known expression, “nothing ventured, nothing gained.” In essence this means we can never gain anything of value or achieve much without taking risks. According to the internet site “The Phrase Finder”, the quote is very similar to a 14th century French proverb Qui onques rien n’enprist riens n’achieva, translated “he who never undertook anything never achieved anything”, and it later appeared in John Heyward’s collection of proverbs in 1546.

I think, at times, we’re called by God to take risks. The Christian life is challenging, and living out our faith means we occasionally run into conflicts. The world has its culture, norms, and agenda which are often contrary to our Christian faith and values. But if we’re motivated by God’s love to tell people about the Gospel message then we have to risk a lot. We sometimes have to step out of our comfort zones, learn to be patient, and genuinely dedicate our energy and efforts for God’s mission. Let’s be risk takers in the sense that we give it our all for God, and let’s be, as our conference motto says, a courageous church, that’s willing to venture in order to gain much for the kingdom.